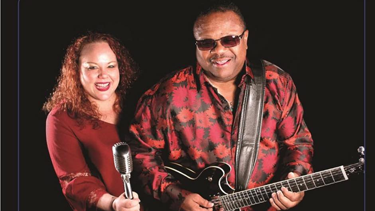 Texoma Blues Society presents JrBoy Jones and his Blues Band On Friday, January 13th, 2023 at The Red Rock Saloon, 123 W Woodard, Denison, TX. Downbeat at 8pm. They have performed for TBS before and it’s one of the most memorable of all our events!! Don’t miss this band!

Tickets are $25 for non-members and $20 for members. If a member, contact Monica Muil, Paul Noel, Grace Holihen, Barb Stewart or Craig Hooks for Member Code.

Texas blues guitarist, singer and songwriter out of Dallas, whose recorded work has been released on five albums. In 1995, he was also part of the ensemble that garnered a Blues Music Award as ‘Band of the Year’. He was a part of the Freddie King Band as well as touring with Charlie Musselwhite