The Sound of Music 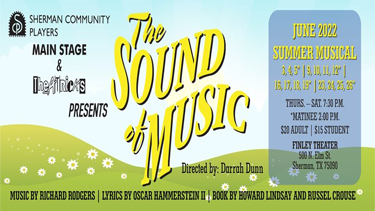 This uplifting musical comedy is based on the memoirs of Maria von Trapp. It tells the story of a widowed naval captain who falls in love and weds a postulant from a nearby abbey, sent to be the governess of his seven children. Set against the beautiful mountains of Austria on the eve of World War II, the family escapes the German invasion, flees to America and later becomes a world-famous singing family.