Durant is headed to Flavortown as Guy Fieri’s American Kitchen + Bar is scheduled to open in July 2020 in Choctaw Casino Resort – Durant. The restaurant will be the first and only Kitchen + Bar in Oklahoma; with the nearest locations in Las Vegas, Nev. and Branson, Mo.

“We’re always looking for unique and new experiences to offer our guests,” states Bryan Prettyman, director of marketing. “Choctaw Casino & Resort – Durant has been providing guests with fun and excitement for decades and Guy Fieri’s American Kitchen + Bar will be a perfect addition.”

Open daily, the 277-seat restaurant, with approximately 11,000 square-feet and located at the south end of the casino. It boasts a large outdoor patio and dining area with a panoramic view of The Oasis pool.

A Job Fair for the new restaurant will be held on May 28th and May 29th from 9 am – 6 pm at the Choctaw Casino Event Center, 3702 Choctaw Rd, Durant, Okla.  Applicants can also apply online at careers.choctawnation.com.

“I’ve shot Diners, Drive-Ins and Dives in Oklahoma and all over Texas and let me tell you, this part of the country knows good food, said Guy Fieri.  “And in Durant in particular, you’ve got some good folks looking for real deal, scratch made food, great cocktails and a big-time party…and the Choctaw Casino & Resort brings the heat!”

Chef, restaurateur, New York Times Best Selling author and Emmy Award-winning TV host, Guy Fieri, is one of the world’s most recognizable and influential culinary stars.  In 2019, Guy received a star on the celebrated Hollywood Walk Fame, a rare feat for a chef.

Guy began his love affair with food at the age of ten, selling soft pretzels from a three-wheeled bicycle cart he built with his father called “The Awesome Pretzel Cart.”  After selling pretzels and washing dishes for six years, Guy earned enough money to pursue his dream of studying abroad in Chantilly, France, where he gained a profound appreciation for international cuisines and further strengthened his passion for food.  He returned to the US and graduated from the University of Nevada Las Vegas with a degree in Hospitality Management.  Upon his graduation, Guy jumped headfirst into the restaurant business, ultimately opening his own casual dining concepts in Northern California.

Additionally, Guy and his team at Knuckle Sandwich, LLC, have opened 75 restaurants around the world.  On land and at sea, from the Las Vegas Strip to the Atlantic City Boardwalk, from South Africa to Colombia and from Costa Rica to Dubai, Guy’s culinary creations are enjoyed globally, every day.

Located an hour north of the Dallas/Fort Worth Metroplex lies a AAA Four Diamond resort and entertainment destination, in southeastern Oklahoma. Choctaw Casino & Resort–Durant is a three-level convention/entertainment venue which offers more than 100,000 square feet of meeting and convention space and seating for more than 3,000 people. The resort’s amenities include the Oasis Pool – featuring four tropical pools with private cabanas – as well as the region’s premier entertainment complex, The District, where visitors can enjoy Tailgater’s Lounge, 20 bowling lanes, a 40-game arcade, and a state-of-the-art movie theater. The casino offers more than 4,100 slot machines, 60 table games, and a private poker lounge featuring 30 poker tables. In the spring of 2021, a major expansion effort will add the Sky Tower: 19 stories high featuring 1,000 new luxury hotel rooms, along with 3,400 additional slot machines and 34 tables in the new poker room, along with 40 table games, two new restaurants and movie theaters, and a three-acre swimming pool – making Choctaw Casino & Resort–Durant one of the largest gaming resorts in the world. For more information, visit choctawcasinos.com 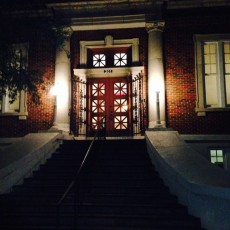 Experience Night At The Museum 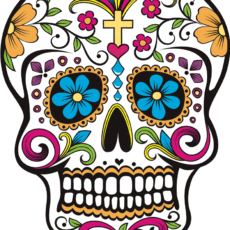 Halloween and Día de los Muertos at The Sherman Museum

Lake Texoma Burning of the Socks Switch to Flip Flops